This is a rebellion, isn't it? I rebel. 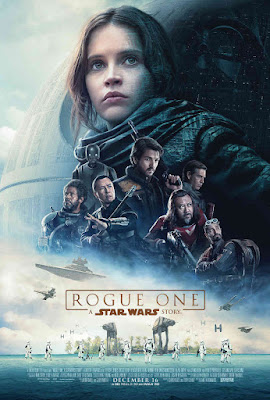 I’ve seen Rogue One twice now (once in 2D and the second time in IMAX 3D). It’s a very good, if unconventional, Star Wars movie. There’s no title scroll, it’s more dark in tone and everyone dies in the end but the story is fairly good overall.
I like Jyn Erso very much. Felicity Jones brings both sympathy and hope to the character (I think it’s her big sad eyes that help sell the character. When I gaze into them I just want to kiss her on the head and give her a puppy!)
I do think the character could’ve had a bit more personality in the present time. First, she’s a sweet little girl then a grown woman who’s quiet, full of abandonment issues and...that’s about it. The trailers had her with an attitude–she’s defiant ("I rebel") and a bit of criminal. More of a female Han Solo type but, for whatever reason, that didn’t make it into the final cut of the movie and I find that unfortunate. She’s not a terrible character by any means but she could’ve used a bit more color in some fashion to help distinguish her better. (Conversely, at least we get some kind of back story for her–unlike Rey, who is still a mystery after the end of her first film).
I also think that maybe there was a bit more back story between Jyn and Saw. It would’ve helped flesh out her character a little more. Also, Saw’s “what will you become” speech must have been somewhere in there so it make sense we may be lacking a flashback somewhere early on in the final cut. His character is just barely in this film, after all is said and done.
Also, where does Bodhi’s use of “Rogue. Rogue One” come from? Did Jyn or someone originally say something about being a rogue? There’s no set-up for it in the final film. It seems like there should be.
Why does all the promotional material call Jyn “Sergeant” when she never seems to get any kind of rank given to her in the movie? Again, could we be missing something that established that originally? Or was in creative license on someone's part?
The scene where Jyn and Cassian are scouting out Jedha City from a distance is also either from early in the shoot--or much later on. Jyn looks slightly different here and it's obvious the scene was not filmed at the same time as most of the other stuff was.
I loved the inclusion of Chopper (from Rebels) in the background in one scene on Yavin IV. We even hear his distinctive chirping amidst the noise in the background as Mon Mothma and Bail Organa are speaking. Also, the inclusion of the Ghost in the background in one shot as well as the Hammerhead cruiser’s role in saving the day.
My biggest disappointment in this movie is how everyone dies. Not that I can’t stand a dark ending but Jyn’s whole life is a shit sandwich. After finally believing in something and pursuing it she ends up essentially being further penalized for it. It’s sad! Also, I feel like everyone dying was the most predictable route to go–everyone expected the characters would all die–and they do! I would’ve preferred they zigged instead of zagged and at least had tried to have Jyn and Cassian survive.
The callbacks to the older films are great but I think throwing Doctor Evizan and Ponda Babba in there might’ve been a bit much. They really don't matter at the end of the day and this almost makes them seem more important then they actually are. I also don't think we really needed to see Leia's cgi face either. A shot of her from behind was sufficient to establish her presence.
Also, if the Tantive IV goes into hyperspace at the end of the film, how does Vader’s Star Destroyer ever find it before A New Hope begins? We know from Empire that once ships get into hyperspace they’re safe from pursuit. So... how's that supposed to work?
One thing I’ve noticed about both The Force Awakens and Rogue One is that they pay a lot of tribute to what has gone before. That’s fine and all, but eventually Lucasfilm/Disney is going to need to break away from homaging the material and strike out in a new direction. Nostalgia can only sustain a concept for so long... we need new reasons to care or it eventually becomes redundant. A Han Solo film or Boba Fett film or whatever is fine short term but come up with new ideas already! 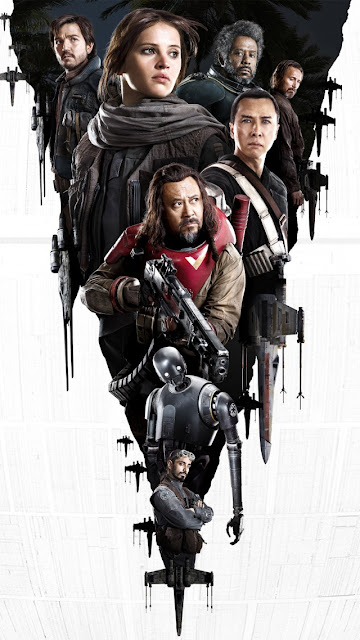