May The Force Be With You! 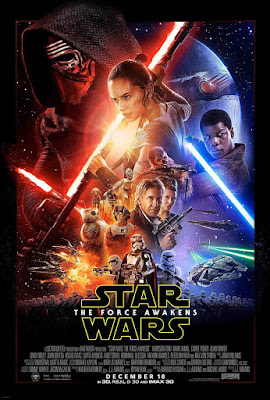 It’s December 2015 and Star Wars: The Force Awakens is out. As of this writing, I’ve seen it twice. I know, I said I wasn’t all that excited about it and that was true--initially, at least. But something happened a few months back and I allowed myself to get caught up in all the hype. I collected a lot of action figures, a couple of posters, some Christmas ornaments, followed the Marvel comic (which is pretty good, incidentally), the soundtrack and even got some of the collectible cups (this time from Subway).
I figured, why not? Let’s give it 110% one final time. I do still hold by my stance that I’m not going to go all-out and support every single SW release every single year. I’m not made of money, for one thing, and I just don’t have the energy to do this all the time. In taking SW full-swing, Disney has canceled out the special-ness factor of getting a new film every few years and opted for the full-on money machine that Marvel has become (not that I blame them exactly, but I don’t feel the need to support it constantly either. I have to right be selective in the face of such sheer volume).
So, you might wonder, what did I think of the whole production?


The Jedi, The Dark Side and Whatever Lies In-between...

The story was pretty good overall. The plot and dialogue felt more natural then George Lucas’ prequel films (although that was likely a given after that bad response to them. Lucasfilm couldn’t really afford to screw this one up and I’m happy to say they didn’t). There was also a lot of humor and it didn’t feel forced.
I was surprised and impressed Han Solo got so much screen time in this one. I’d thought the original cast members would just show up for extended cameos, much the way Leonard Nimoy’s Spock did in Abrams’ previous Star Trek film efforts. I also liked that Chewbacca got treated as a character too and not just a glorified set piece. Leia didn’t really do all that much, neither did Artoo. Luke’s presence was non-existent (I’m hoping Episode VIII will remedy this).
The new characters, Rey, Finn and Poe are instantly likeable and seem to fit well with this universe. I’m glad Poe survived his initial “death” (apparently they had originally intended to leave him dead but changed their minds). I’m hoping we’ll get to see more of him next time around.
Rey, it turns out, is strong in the Force and takes on Kylo Ren at the film’s climax. I instantly liked her character. She’s a bit of techno-wiz, but it felt plausible in the context of the story–she’s a scavenger and tinkerer by necessity.
Finn was a bit of an enigma by comparison. We know he has a heart and wants to do the right thing but I was left wondering if he is also Force sensitive. How did he shrug off his Stormtrooper conditioning otherwise? For that matter, how was nearly instantly good with the TIE and Falcon’s weapons systems? He even wields a Lightsaber, how ever briefly. I really do hope this is explored in the next film... Rey could return a Jedi (or near-Jedi) and Finn could find temptation to turn to the Dark Side as he begins his own journey. 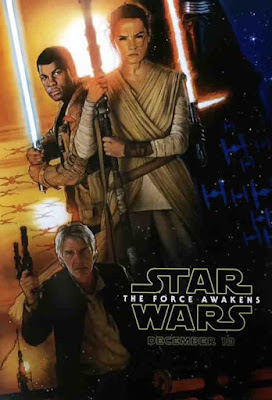 And then we have this film’s big bad: Kylo Ren. He looks like a wannabe Darth Vader (but in a good way) and as the story moves along we learn he is the son of Han and Leia, gone evil. It intimated he may have had some Daddy issues (he tells Rey she wouldn’t have like Han if he’d been her actual father when he senses she sees him as a bit of a surrogate one). He has an arc in the film as well and he’s interesting enough that we wouldn’t mind seeing a bit more of him. At the climax, I wanted to see him die but was ultimately glad he didn’t (Lucas made that mistake when he introduced Darth Maul then killed him off in the same film). He can pay for his crimes (or redeem himself) in the third part. For variety, I would like to seem him remain irredeemable and get destroyed (we don’t need an exact retread of Vader). I would also like to see more of his back story get filled-in over the next two instalments so that we might understand him better.
His master is Supreme Leader Snoke, a cgi villain with a flair for the dramatic. There are rumors online he might be Darth Plagueis reborn. I honestly don’t know one way or the other (Palpatine intimated he’d killed him). I do know that, so far at least, Palpatine was a more compelling antagonist. Ian McDiarmid did an amazing job of the character in his four turns at it and he is a very hard act to follow.
John Williams is back to do the music and he mostly dispenses with the older themes in favor of all-new ones. There doesn’t seem to be quite as many memorable themes in this film but Rey gets one (and it’s good. A mixture of curiosity and yearning). The rest of the score is fast paced and fairly solid.
I don’t have a lot negative to say about the film. My biggest complaint is the death of Han Solo and even there, I’m of two minds. Everyone loves Han and nobody wanted to see their hero die. On the other hand, it served the story well and felt meaningful (better then if he’d died getting blown up while taking out the second Death Star, as was originally planned way back when). Also, if Harrison Ford doesn’t want to keep coming back as the character ad nauseam, it made sense to give him a proper send-off rather then trying to come up with excuses for why he’s not there in future episodes. (At least his death meant something in this story–rather then being totally pointless sensationalism like Captain Kirk’s death in Generations).
Another major complaint is yet another Super weapon. Sigh. It was bad enough the old EU did this crap all the time. Now an official film does it too. Still, I can forgive it if they don’t do again in future instalments. It really pushes credibility to say the bad guys have endless time and resources to keep building massive doomsday weapons (it's also lazy writing).
The film also follows A New Hope’s plot points almost perfectly (which is a bit annoying) and even calls back stuff during the movie–the training sphere Luke used on the Falcon, the 3D Chess set, the Trash Compactor references, Starkiller Base and the good guys sneaking around it... And the bad guys only seem to employ one type of TIE Fighter (promotional material says it’s actually two but on film it might as well be one) while the Resistance only seems to have X-Wings (which seemed odd. But it occurs to me this is probably also a call back to the original film). I hope future parts stop pushing the nostalgia in-film so hard (I don't want to see the exact same movie over and over!)
This film also differs from the previous movies in that it has no “wipes” (old school-y transitioning between scenes). This was a Lucas thing and it may seem dated, but that was sort of the point: a call-back to pulp space opera serials of the 40s, like Flash Gordon and Buck Rogers. For whatever reason, JJ Abrams chose not to use these in his film.
Also, the opening fanfare is gone. Granted, the music belonged to 20th Century Fox (the older films distributor) but this movie needed something there. New triumphant “light” music–or even dramatic “dark” drumming. Just something to give people that one final “this is a Star Wars film! Get ready!” sentiment that all the previous films had. In its place, we have a silent “Lucasfilm Ltd.” logo and it just isn’t the same.
I also feel like this movie lacked the...I dunno, whimsy, of the previous films. It was a bit darker in tone and it felt like there wasn’t really a spirit of “fun”. The sense of going on a grand adventure with the characters and some scenes of just pure joy. We all love Empire, of course, but even a dark film like Revenge of the Sith had its moments of goofiness. I'm not saying we need all-out Jar Jar Binks here but someone needs to remember that these are supposed to be kids films too.
But I admit most of this is nitpicking what is generally a pretty solid film and a welcome addition to the franchise. 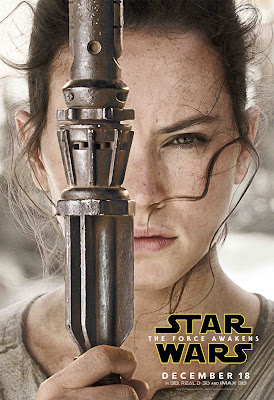 For Episode VIII, I’d like to see Rey return from Luke some time later, a full-on Jedi. Finn waking up can either be her catalyst to return–or perhaps he’s already been awake and she’s back for some other reason. I’d like it if he was also Force sensitive and in his learning in this film, he is heavily tempted by the Dark Side (but ultimately overcomes it due to his good heart). I also want to see Luke do much more in this film and not get killed off (that would be overdoing it, imo). I want more of Poe and Kylo Ren, as well more explanation for just what made him turn evil and why Luke left. I would also like to learn just who Snoke is, where he came from and why he seems to be in-tune with the Dark Side. They also need to figure out what Rey and Finn’s relationship is. This film left things intentionally vague. Are they just friends or is there something romantic under it all? If so, that might be a good jumping off point for further drama...  And I wouldn’t mind seeing more of Captain Phasma too–she seemed to have hardly anything to do in this last film.
Go see this film, if you haven’t already. If you have, go see it again! :) 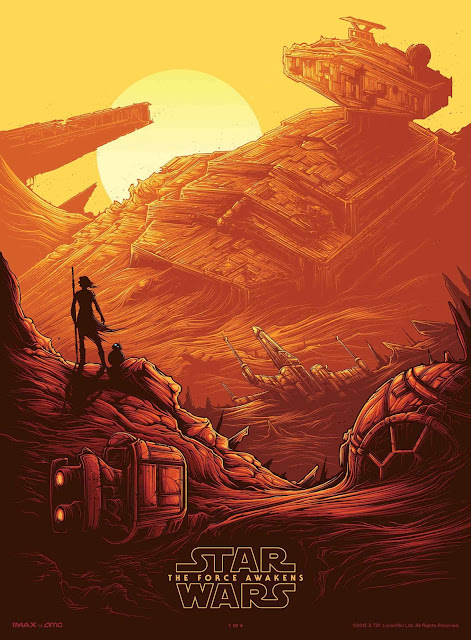