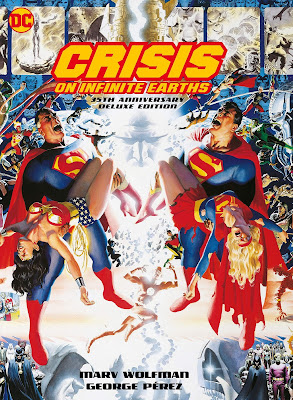 Half-Baked and Stale. Ideas of All Shapes and Sizes... 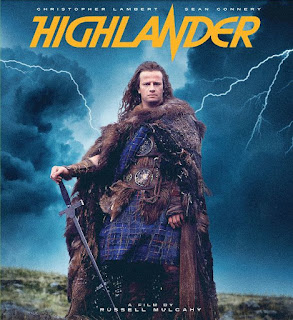 Ideas are a dime a dozen. Some are good, some are not. That’s just the way it is. Hopefully when creating a story somebody has the time and imagination to flesh out an idea to its ultimate fruition.
We know that’s often not the case though. Especially in mass media we can see plenty of television shows, movies and even books that try out an idea and don’t quite reach the logical outcome they should.
Was somebody pressed for time? Did they simply not consider all the ramifications of whatever it was they were trying to accomplish? Or maybe they did but somebody else had other ideas–a producer or an editor wanted something else and didn’t have the same vision the author did.
There’s also the fact that some ideas simply exist to accomplish a certain thing and trying to extend them or alter their original premise causes fundamental problems. Consider the first Highlander movie. At the end, Connor MacCleod wins “The Prize”–the ultimate goal for all the Immortals in the story. After that point, the story is over. There is simply nowhere else to go for a further story.
But that didn’t stop the show’s producers. They wanted a sequel and a further opportunity to cash in on this premise. They eventually made a sequel movie–even though there was nowhere further to go. They came up with a ridiculous premise that the Immortals were all aliens and came to Earth from another planet so we could have more of them show up to challenge Connor again. Further movies seemed to ignore this and the first movie’s ending as well, just throwing more Immortals at Connor to fight. (Frankly, anyone who enjoys the first movie should just ignore the sequels all together).
Another story that comes to mind–and the one that prompted me to explore this in a blog in the first place–was the original series Star Trek episode, Mirror, Mirror. In that story, Kirk and several of his crew are somehow transported into a parallel universe where everyone is opposite to how they normally are. It’s a world where everyone is basically evil and selfish, opposites to the normal universe where everyone is good and altruistic.
The premise works extremely well as a one-off. A look at how a person can be inclined differently given different circumstances. Are we inherently good or evil? Do we learn that behavior? Nature versus nurture.
Over the years that premise has been revisited time and again. In the original DC Comics series from the 1980s, writer Mike W. Barr did an entire story arc where Kirk and crew from the Mirror Universe crossover with our regular heroes. (Its been years since I read that story but I recall enjoying it as a kid). The comics aren’t consider cannon though so they ultimately have no bearing on the official storyline.
Years later, somebody (Peter Allan Fields and Michael Piller) decided to revisit the Mirror Universe in the Star Trek: Deep Space Nine episode Crossover. This kicked off four more sequel episodes in DS9, a two-part episode in Enterprise and two characters crossing over in Star Trek Discovery later on.
The more we return to visit the Mirror Universe the more obvious it is the premise doesn’t really stand up as a concept. We are really expected to believe that an entire universe of beings is inherently self-serving and evil? That we get the odd freak, like Spock, who can accept pacifism but everyone else just struggles to better everyone else around them to their own benefit? Yes, that’s how the real world can be but not everyone is like that a hundred percent of the time. People can be good too and selfless. People love their families and friends. Not everyone is out to screw everyone else over constantly.
That lack of texture makes the Mirror Universe a hard premise to accept. If it were really that bad, how could anyone even function long enough to accomplish anything of value? Why would there be a Terran Empire in the first place?
(As an aside, if the Terrans conquered the Vulcans early on, why don’t they seem to have more advanced technology even the era of Enterprise? Never mind finding the Defiant to advance their technology more rapidly–which, while a cool idea, doesn’t explain why the I.S.S. Enterprise seems at about the same technological level as the regular Enterprise in that original episode).
Also, the later episodes really have nothing new to say. It’s just the same thing all over again. The protagonists duplicates are evil and out to screw each other over. Our heroes are appalled, try to affect change and then return home. Rinse and repeat. It’s great popcorn entertainment but ultimately means nothing.
It might’ve been better to just leave the whole Mirror Universe alone in Star Trek. Or do a sequel episode in DS9 and then have just left well enough alone. Some things don’t hold up to further scrutiny and some ideas get more diluted the more we’re exposed to them (like the Weeping Angels in Doctor Who. An excellent idea once--but less and less cool the more we see of them).
It’s pretty much impossible to be original in serial fiction one hundred percent of the time and everyone has their off-days, half-baked or just plain bad ideas. That’s life. But beating an old idea into the ground doesn’t really help endear anyone to a story concept. Sometimes to keep going on, we need time to imagine something newer and better. Sometimes just letting sleeping dogs lie is for the best. 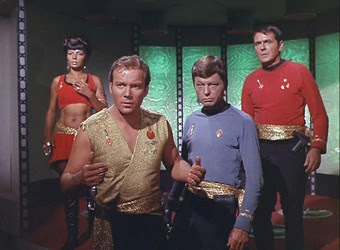