I recently watched Doctor Strange and the Multiverse of Madness. It was an interesting film (mostly because of who directed it). But it got me thinking too.
One reason I disliked the Marvel comic “What If...?” and alternate universe stories in general is because they always treat the situations like they don’t really matter. Any character can (and usually does) die because they’re not the real Spider-man/whoever.
The problem is it’s hard to become invested in a story like that. If nothing really matters anyway, who cares?
Any writer will tell you conveying a story is all about setting up a conflict and ultimately resolving it. That conflict can be man vs man, man vs nature or man vs himself.
But any conflict needs to have real stakes. Real dilemma and real consequence. This is why your reader wants to bother with your story in the first place. Will our protagonist prevail? Will they fail? What can we learn from their journey? How does the character change as a result of their experience?
I think this is a basic yet fundamental tenet of telling any story. But for being so basic it seems like sometimes people fail to realize it.
It’s too easy to dismiss an alternate universe version of the Scarlet Witch or Black Bolt in the name of “having fun” with our beloved iconic characters. But it’s also predictable as hell when you know the writers don’t care and their demise is inevitable.
When telling a professional level story, a writer needs to do better then some cheap lackluster effort that feels like fan fiction (I feel this point is also true of Avengers: Endgame in its own way).
Professional writers (and the corporate conglomerates behind them) need to stop trying to please the fandom at all cost–especially when that cost means compromising the story. The story needs to matter above all else.
We would all love to see Superman versus Thor–or Star Trek versus Star Wars–on the silver screen. But, legal complexities aside, there’s a reason it’s never happened. Because, deep down, it’s a fundamentally stupid idea. If you compromise your characters or the weight of the story for cheap thrills it might be a fun distraction at first, but the story’s integrity is shot and ultimately nobody will find it all that good as a work in its own right.
Avengers: Infinity War was a great film. Avengers: Endgame? Not so much. Similarly, stories about an alternate universe where the stakes don’t matter all so we can see a Rastafarian Doctor Strange or a cyborg Spider-man are also fleeting fun. They’re like junk food for the masses. Satisfying for an outing, perhaps, but with no ultimate weight or legacy.
If you’re going to step outside of the confines of your regular story to explore some alternate take on an idea, find something worthwhile to do with your idea—or just don’t bother in the first place. And most importantly, make it mean something.
Anything less is just wasting everyone’s time… 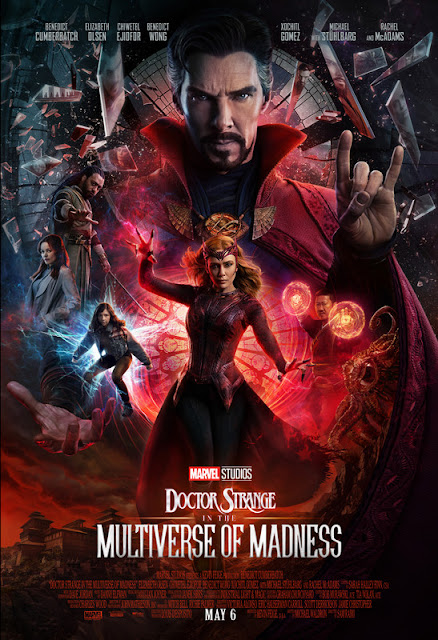 Posted by David K. Anthony at 8:01 PM No comments: