Synopsis:  Megatron attacks Grimlock inside the Ark. He tackles the other and sends both of them tearing through the ship's wall, the volcano and all the way outside to where the Seekers are fighting the reanimated Autobots. Ramjet warns Grimlock that Megatron's eyes are strange because his anti-matter circuits are active and they connect him to the power of a Black Hole! The trio of jets escape for cover before Megatron's body can unleash its full power, leaving Grimlock to deal with him alone.

Elsewhere, Punch relates how the Wreckers attacked the Decepticon stronghold where Project Dreadnought was underway. Abominus attacks them, forcing the team to scatter. Topspin and Twin Twist burrow underground while the others keep the Combiner busy.

Back on Earth, Grimlock deduces what's going on and rushes away from Megatron to confront AUNTIE. Punch loses his remote feed but deduces that Grimlock must have succeeded in shutting down the computer system and rendering Megatron's body inert once more.

On Cybertron, the Wreckers have forced Abominus to separate and are combatting his Terrorcon components instead. Impactor loses his hand in this fight but the Autobots manage to hold their own. Top Spin and Twin Twist succeed in getting below ground and sabotaging the Decepticon operation. Afterward, the Autobots have renewed vigor, splitting their command between Ultra Magnus, Star Saber and Fortress Maximus.

On Earth, Punch assumes Grimlock found his situation hopeless, all alone and unable to affect change to save his fellow Dinobots, he most likely deactivated himself as well...

Thoughts: Honestly, I felt this story was a waste of time overall. Nobody was really clamoring for a "what really happened" story set before issue one of the Marvel Comic. I appreciate the artwork and the effort but this tale just didn't need to be told. It also raises further continuity questions (even Simon Furman did a "notes" section after each issue, trying to explain his rationale for the story decisions, page by page). I liked the story a little bit more when it got a bit off-track from the established history but it still wasn't enough to save the overall tale for me. I feel like this mini-series is a pass overall unless you really, really need to know. 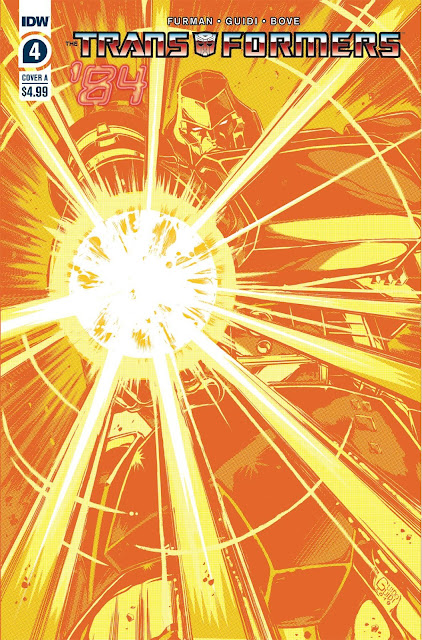