The Mysteries of Life... 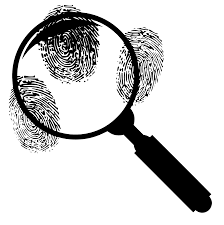 The Internet has been a boon for society in many ways. We can get instant news, instant information, buy products and services online. We can post our own projects–be they a blog, story, video or whatever else.
But there’s a downside too.
Once upon a time, we didn’t know (or think we know) everything about a given topic. There was speculation and mystery about some topics. What did someone mean with their artwork? The idea behind a movie or TV show when it wasn’t hit-you-over-the-head obvious? What was a song about?
Mystery is essential in art. Be it a literal mystery or just an aspect of something bigger.
Consider the movie Alien. What was the Space Jockey? Where did it and its ship come from? It was a really cool mystery until Prometheus came along and ruined the surprise for us (I loved the idea of the movie but ultimately the payoff was a waste of time). What about V'Ger's mysterious machine planet benefactors in Star Trek: The Motion Picture? Wolverine's origins (before they were explained into the ground by various writers).
In Alien's case, the Space Jockey's origins were ultimately irrelevant. They exist as a plot point to move the story along. Still, it was fun to speculate on what might have been.
I also think of things like action figures from the 80s. Often, the packaging stories/profiles told a different story of the character or back story then stuff like the comics or cartoons did. In the toys, Tarantulas (Beast Wars) was a ninja. In the cartoon, he was a mad scientist. He-Man’s mini-comics often told vastly different (and sometimes contradictory) stories of the characters adventures.
Classically speaking, why is the Mona Lisa smiling? Is it just that she was in a pleasant mood as her portrait was being painted? Or perhaps she was smiling about some secret only she was privy to? Who knows. But it’s fun to speculate all the same.
I think some of that mystery has been lost in modern mass media. Sometimes it feels like they're not even trying anymore. Compare something like the Rise of Skywalker with, say, Predator. The latter has plenty of mystery. The former, not so much.
Mystery has eternal appeal to the consumer of art. It needs to be brought back to the forefront of popular media (and media in general, really).
This also coincides with a need for new stories and concepts. How many times can you reboot Star Trek and keep it fresh? Yes, it's great to explore a story universe but eventually we learn it thoroughly and need something new. Even just taking familiar concepts and putting them in a new context can help immensely.
Again, Corporate America is lazy. Trying to sell its varied audiences on the familiar rather then exploring new things. Familiar is a safe bet. Familiar is profitable.
But, in the long run, familiar is detrimental to mystery. People inevitably get sick of the same old thing and seek new experiences.
What can be done? Nothing when it comes to mainstream media. We can vote with our dollars and hope that one day somebody in charge sees the error of their ways.
In the meantime, though, we can check out smaller authors and artists and try to seek out people who remember what the mystery is all about, devoid of needing to turn a giant profit for their corporation at all cost.
The magic of mystery is still out there. We need only seek it out... 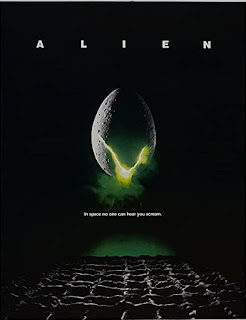