Of Noble Knights and Redheaded Stepchildren... 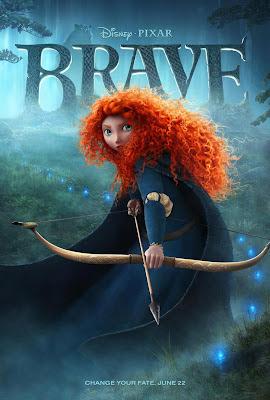 I recently saw a trailer for a PIXAR movie called Brave. It’s about a Scottish princess with long flowing red hair. She’s a young lass, fiery tempered, skilled with a bow and a free spirit, determined to make her own destiny in life. When her mother determines to marry her off to a worthy young man she will have none of that.
This character, let’s call her Merida, is the embodiment of the redhead archetype. The much beloved, fiery tempered woman who’s spirit yearns for freedom despite the circumstances life has chosen to throw in her path. Perhaps she doesn’t feel she fits in with the others around her, content to carry on as they do, oblivious to their own fate and circumstance. In a sense, the redheaded woman persona is a representation of many women, hoping to pursue their own path in life, unhindered by society or social convention.
I’ve always loved the archetype and what it represents. The thought of a strong, sexy independent woman who lets nothing stand in her way. Who lives her life by her passions and wits, unburdened and uninhibited. Who wouldn’t find that attractive?
(On a side-note: Many of my early stories–many of which will, hopefully, never see the light of day–featured redheaded female love interests and characters. Eventually, as my writing matured, I started to grow out of that phase).
Another archetype I’ve loved is that of the noble warrior knight. The endearing hero. Nothing shakes his resolve, nothing stops his pursuit of justice. He lives and breaths the very essence of all that is good and right in the world. When the chips are down, when darkness rules the very earth itself, he is the unflappable, unstoppable instrument of light that will repel evil, banish it and destroy it utterly. 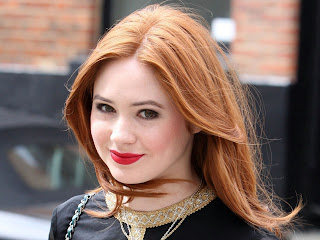 Of course it’s nonsense. The knights of history were mere soldiers, some likely better then others. All dispatched to wage war in the name of their king or other nobility. Every single one of them ultimately a killer. Goodness of spirit didn’t really enter the equation when they engaged in combat. Certainly most of them didn’t stop to question the ethics of what they were doing nor did it stay their hand as they killed their enemy. They were in a position of kill or be killed and they did what they felt they had to, given the circumstances.
This is to say nothing of the ones who were immoral or psychopathic, murdering, raping and plundering as they pleased. The enemy being nothing then so much garbage for them to do with as they desired. Many commanders and kings doubtlessly looked the other way as long as their will was ultimately carried out.
Likewise, hair color does not truly determine spirit. The vast majority of the world’s population has black or some type of dark hair. Certainly the most audacious and free spirited among humanity were anything but redheaded (a tiny minority of humanity, genetically speaking). The first redheaded girl I remember encountering was a ditz, if I may be perfectly honest. Not free spirited nor independent and certainly not a deep thinker.
Still, the fantasy persists in light of reality. But perhaps that’s not a terrible thing, all things being equal.
The redhead archetype, as mentioned earlier, promotes independence and willpower in girls (and boys too), even if on a subconscious level. The message of making your own way in life and not settling for second-best is advice that everyone can take to heart. It’s become somewhat trite in popular media but it should never be marginalized. If everyone in life settled for what they got, society would’ve never gotten anywhere ever. 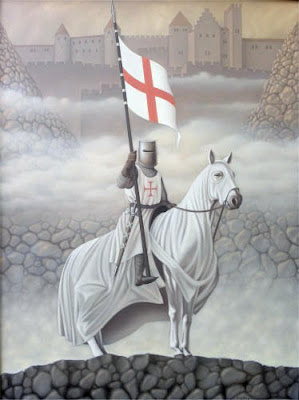 As for the noble knight, and indeed, heroic archetypes in general, we need them to teach our children to stand up for what’s right when they see injustice in life. If someone’s disadvantaged in some way, someone should give them a hand. Be it a donation at the food bank or extreme examples, like stopping crimes in progress because we have the means to do so. Children, and even adults, need role models. We need to be taught (and sometimes reminded) that doing the right thing is the correct thing. Evil men triumph when good men do nothing. Taking it a step further, are we still good men if we do nothing?
The common thread here is to have the will power to fight for things in life. To fight for your own destiny in life and to fight to live your life free from harm and wickedness. The true pursuit of freedom in one’s life is a fight we must all undertake and never relent on, lest others decide to steer us in other directions for their own pursuits. All of us must be able to experience true freedom in our lives and know the inner peace that comes with it.
Then, and only then, can we come to truly live our lives instead of just going through the motions...