Discusted about bad speling? Me to! 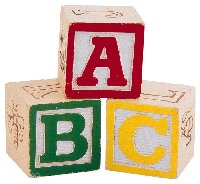 What is it with people's spelling skills? I can remember even back in High School when many of my peers couldn't spell all that well. My English teacher actually started doing spelling quizzes at the time (many of the students scoffed--even though they averaged between fifty and seventy percent generally on those tests). Of course, I went to a school with a lot of stupid people. That particular High School's method of getting students was accepting anyone--overflow from full schools, below average students, etc. Anything to fulfill their student quota. To be blunt, they were not all rocket scientists in the making.

Years on, I notice many people online still can't spell worth a damn. Even accounting for internet abbreviations and the mess that is texting-speak it seems people have great difficulty spelling the simplest of words. Granted, we all have our occasional flubs. Nobody's perfect--for all my high and mighty talk here even I screw up sometimes.
Still I wish people would double-check their spelling before posting things online. A recent blog I read had comments by someone who was "discusted" by criminals seemingly getting away with crimes due to poor rulings by judges. "Discusted"? Really? Are you that dumb?
Another thing I can't stand is when people write things like "he went there to." Some people have always had problems with the difference between "to" and "too" but you'd assume they at least try to learn it. It's "he went there too" or "I'm going to the store". I don't know why they can't seem to get it straight but it really is annoying.
I also wonder if some of text-speak's origins came from teenagers texting one another and not being able to spell a word properly so they just started slurring words on purpose to cover it up. Yes, they do it for speed and convenience but I do recall at least some of my peers as a teenager using lots of inappropriate spelling (and this was long before texting existed). Some teens do it for fun but I think others really don't know how to spell certain words correctly.
Ironically, I hate "Spelling Nazis". Despite what some people might think, you don't have to nitpick everyone's spelling or grammar mistakes. If you're a professional editor, then fine. But to do so while someone's trying to make a point about something is rude and annoying (you probably wouldn't do that in real life to someone you're having a casual conversation with so why would you do it online?) I say this because I used to be on a group where this spelling dictator found it necessary to undermine any point one was making by nitpicking at some stupid thing or the other (while apparently not devoting any thought processes to the actual point at hand).
An argument can be destroyed by lousy spelling. This is a fact. Reminding someone what an idiot they are (in your opinion) because they spelled something wrong will only piss them off and resolve nothing (other then to demonstrate what an ass the spelling nazi truly is).
Both teachers and people need to try harder. Teachers need to impart better spelling skills in people. To make them care about their spelling skills. But those same people need to understand that good spelling is important in life. Good spelling makes you seem more literate and more intelligent. It is no less important then good math skills, good speaking skills or skill at anything else.
I also wonder if spelling mistakes are often made by people in a rush. I know it happens to me sometimes (especially skipping a word in a rush to finish a sentence or paragraph). Spell checking programs exist for a reason, people! Use them often and proudly. You have the time and it can make all the difference in the world. Learn how to spell (or re-learn if needed) and make sure people realize you are as smart as you really are. Because you are smart (and handsome too!) It's time the world realized that.
Posted by David K. Anthony at 4:32 PM