I’ve sat through two entire seasons of the TV show Game of Thrones now. The budget per episode is apparently six million dollars and it translates well to the screen. Every set, every costume and any requisite special effects are flawless looking. You feel like you’re really there watching real people do real things.
The acting is also excellent and believable (given the fantastic environment in which these characters exist in). Every actor feels like they are that character and that they were born to play that role.
And yet...
I don’t love the show. I think it’s because all of the characters are presented as amoral entities. Each one is selfish and opportunistic. Many are outright evil and those who aren’t are presented as naive to worldly ways. Arya isn’t that selfish, for example, but treated as naive. So is Tyrion, despite his worldliness. So was Neddard Stark and also Daenerys Targaryen.
The show seems to be a part of the more recent belief that viewers want more realism in their characters. Realism, in this case, seems to translate to the characters being selfish and overtly grey in their beliefs. Ronald D. Moore’s Battlestar Galactica series started this trend and it continues to flourish in Game of Thrones.
It is unrealistic to expect all of the characters in a story to be extremely heroic and selfless. Life isn’t like that and neither are people.
But then, this isn’t real life, is it?
I’m all for realistic acting characters in stories. Having said that, though, I do enjoy having a character who is selfless and heroic. Someone who is the moral compass of their group. Someone who stays true to their humanity no matter what. Not that all the characters need be that way but if nobody is, it gets depressing. I guess I’m arguing for the continuation of variety in my fictional characters. I want some immoral selfish ones, some noble heroic ones, some clear villains, some lost souls, etc. After all, nobody likes chicken for every meal so why should they only prefer one type of personality for their fictional characters either?
We need heroes in our stories. We need to be reminded that we can take the moral high road in life and not always slump to the lowest common denominator. We need someone to avenge the injured woman, protect the helpless children and stand for right. There are some people like that in real life too incidentally. Human nature is inclined to justice and we want to see someone represent this quality in our fiction. Stories where nobody does–or where they’re automatically punished for trying to do the right thing are no more realistic then stories where good always wins no matter what.
Stories where evil–or, in this case, selfish behavior–always dominate are depressing in the end. If one’s noble intentions are always thwarted, why even try? The hero might as well pack up his tights and cape and go home. Forget fighting the evil Nazis–even if they do lose, someone else will just pick up the evil baton and crush our spirits somewhere down the line.
There are some stories I’ve seen that were written so badly that you do feel like cheering for the bad guys, of course. The good guys are cloying and right to the point of being smarmy. They can’t even hope to comprehend their antagonists point of view (which is generally bad–unless, you wrote the story to be ironic). But if evil always triumphs and hope is always crushed it makes wonder why we even bothered embarking on the journey of the story to begin with. 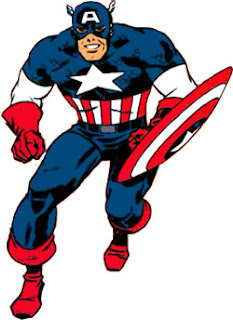 Life can be depressing enough at times. I want my escapist fantasy to reflect a feeling of hope and good fortune. Something not always represented by reality. If my fantasy is drab and depressing to the exclusion of all other things then there’s no true escape. No hope for a better tomorrow.
Give me a happy ending more often then not. Give me hope, give me light triumphing over darkness. Remind me that hard work and good intentions bear rich fruit. Tell darkness it must beware the light.
A happy ending makes us feel like a kid again. When magic was real and we believed good would triumph in the end. We all need that feeling, especially as adults when we’ve see the depths of depravity people can sink to in real life.
Don’t go polluting my fantasy with your grittiness and reality. Leave me with my hope and belief that people can still be good at heart despite their flaws. Anyone can lose faith. It takes a real master to build and maintain it in people.