Everyone likes their fiction to make sense, no matter what form it takes. For the most part, it does. Writer, artists, film makers, etc. go out of their way to make their plot and whatever points they’re trying to make understandable to their audience. Badly written fiction can fly in the face of this, as can projects rushed out before someone’s considered the idea carefully or if someone’s not properly edited it. 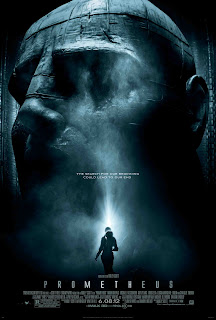 There’s continuity that matters and continuity that doesn’t. Ridley Scott’s recent production Prometheus is set in the same universe as his seminal work, Alien. For the most part it works as it is but there is one glaring continuity issue that goes unexplained... in the original film, the Space Jockey as it’s known, is around twenty feet tall. The Engineers/Space Jockeys in Prometheus seem to all be around eight feet tall. This is necessary for them to be comparable to the humans in the film in the practical sense but the size discrepancy is never addressed in-story. Is it just a retcon–a this-is-how-it-is-now-deal-with-it situation or is there some reason they’re smaller that was cut from the theatrical edit (we know at least twenty minutes were trimmed from the film). We might assume that since they have a mastery of genetic engineering that there is some reason for it–but at best all we can do is make assumptions. Try to fill in the blanks with our own logic rather then know for certain what the film makers intended (if anything).
The discrepancy in this instance matters to me. Even if it were a simple line or two, it should be addressed somewhere. Taken together, this compromises internal story logic within the two films overall. It’s comparable to having a character act completely different between two acts of a story with no explanation given. It stands out and it shouldn’t.
There is also continuity that doesn’t matter. Sometimes it can be a challenge deciding which is which and it always falls to personal perspective on a given concept.
Certain movies I tend to ignore in my own universe. Nothing after Aliens exists, as far as I’m concerned (Alien 3 is basically a rehash of the first and it’s story is depressing. I do concede the film is well produced and visually pleasing but I hate the story. Alien Resurrection is pointless and the less said about the Alien vs. Predator movies, the better). I also don’t care for Die Hard 4, Star Trek Generations, Robocop 2 and 3 or the Abrams Star Trek film.
A great example of when continuity doesn’t matter is the Transformers concept. Even from the get-go, the original Generation One concept contradicted itself. The comic went one way and the cartoon its own. The cartoon was more widely seen and established a lot of the beloved character types the fans know and love today (monotone Soundwave, dumb Grimlock, treacherous Starscream, etc.) The comic was better written generally though, and many of its stories still stand up well even today (while the cartoon plots are dated in many instances). Both featured essentially the same characters in the same overall set-up but didn’t follow each other’s stories or internal continuity (it would have been a difficult feat but not impossible).
The UK comic, which was in effect a third continuity (featuring the US comic’s stories and also stories that happened between issues of that comic but which may or may not have counted to the US comic continuity) tried following a loose cartoon continuity by acknowledging the events of the 2005 based Transformers: The Movie and even having some of its character time travel back and forth to the present. It was a cool idea but it ended up making things even more complicated in the final analysis as things that happened before the movie chronologically had to be retconned out–theoretically–in order for the future-set movie to happen and still make sense as it originally did. The Transmasters UK fan club of the nineties tried to do a comic and set about explaining how the Generation One comic, Generation Two comic and TF:TM could have all occurred in the same continuity (in my opinion they were so focused on the continuity fixes it interfered with trying to tell a good story in their fan comics/text stories of the time). 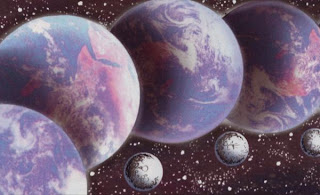 To me, Transformers exist in several sub-sets. Instead of trying to make it all work together, I accept that the G1 cartoon and comic were two different continuities. End of story. The Marvel UK comic was it’s own thing, which related to the US one but was not the same “Universe” per se. With the advent of the recent Regeneration One comic, I now see Marvel’s comic as Marvel US G1 comic; Marvel UK G1 comic; Marvel G2 comic, which continues the G1 US comic; and also, Regeneration One comic that continues the Marvel G1 US comic in a different continuity all together. It sounds confusing but trying to reconcile all this contradictory information so it can work together sensibly is more effort then it’s really worth.
I feel like I can enjoy a story, regardless of whether or not it fits with everything that’s come before. IDW’s recent Autocracy comic tells a new origin for Optimus Prime and the start of his personal battle against Megatron. It’s a great tale and I accept it for what it is. But there have been other tellings of his origin and I like those too for different reasons. I can’t accept Autocracy as the one and only definitive telling. It’s a good story and a good interpretation but I can leave room for other versions, if they end up telling a worthy tale. I don’t have to try and figure out how it all fits together in my personal universe or shun one for another. And like with the earlier examples, if I hate something (Star Trek Generations) I can completely ignore it or pretend it happened in an alternate interpretation.
This even appears to be happening in official media at times. Notice that Lance Henriksen played Charles Weyland in Alien vs. Predator while Guy Pearce played Peter Weyland in Prometheus. It is possible that one is the ancestor of the other. But AvP was released in 2004 and was presumably more or less the present time. Prometheus has its Weyland giving a TED speech (in a viral video. Does that count as really happening in this instance?) that takes place in 2023. They could be related but AvP 2 implies that the Yutani Corporation already exists in the present as well. It seems like Prometheus is ignoring the AvP movies all together and doing its own thing (which is fine with me. I hated the AvP movies).
Will the Before Watchmen comics count in comic fans minds as really happening? DC Comics is counting on them being accepted but many despise the very idea of their existence. Watchmen is beloved by many–if people despise the idea of prequels they don’t have to accept them as part of the “real” story if they chose not to. The reverse also applies.
Taking this a step further, we define our reality through our perspective. We gather information from varied sources then act on it. We can decide what’s important in life, be it something as trivial as fiction or even more important matters (it seems like that’s what certain political parties excel in. Not always a good thing but true despite it). One man can see himself as outgoing while others interpret him as shy. A person can be seen as a jerk by some but a saint by others. Who’s right? Who’s wrong? Perhaps both are depending on the circumstances.
As long as a story is good, I’ll like it. Continuity be damned. It may fit my idea of the “real” way it happened or it may not. In the end, it has to entertain me above all else. If it doesn’t then the rest is irrelevant.