And now, for no apparent reason, some random James Bond stuff... 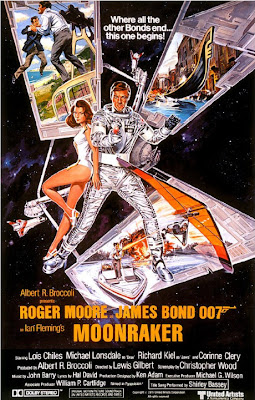 Who thought a movie where the main villain wants to destroy the Earth and start a new society on the moon was a good idea? They even brought back Jaws for an encore performance... and lasers galore. If you want a good spy movie set in space, try the second Austin Powers movie instead (at least it knew it wasn't serious!)


Worst (or is it the best?) Bond title ever: Octopussy. 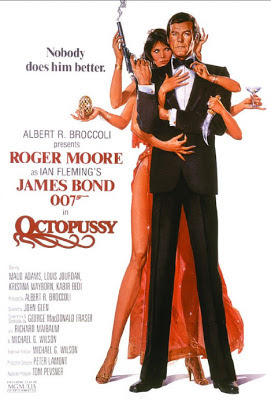 After seeing Casino Royale and Quantum of Solace again recently, I've concluded Craig's depiction of Bond is the most interesting and compelling interpretation, well, ever (I grew up during the Roger Moore era, so yeah...)  Of course honorable mention must also go to Sean Connery because...y'know, he's Sean Connery (and he originated the role).

Worst James Bond ever: Roger Moore.
He was an okay actor but he got all the really cheesy scripts (as mentioned above). The Moore era really is best forgotten.


Best Bond theme ever: Hard to call... I always loved A View to a Kill by Duran Duran but really there's been a lot of great ones out there. Die Another Day by Madonna, The Living Daylights (one of the dumber titles for a Bond movie out there) by A-Ha isn't bad... Live and Let Die by Wings...Another Way to Die by Jack Whyte and Alicia Keyes... even Skyfall (by Adele) ain't bad. 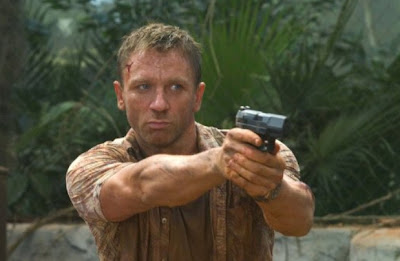 Celebrate 50 years of Ian Fleming's James Bond 007 with Skyfall, which opens in theatres November 9th everywhere. Don't miss it!
Posted by David K. Anthony at 12:18 AM